From Mexican to Mexican-American: A Family Immigration Story 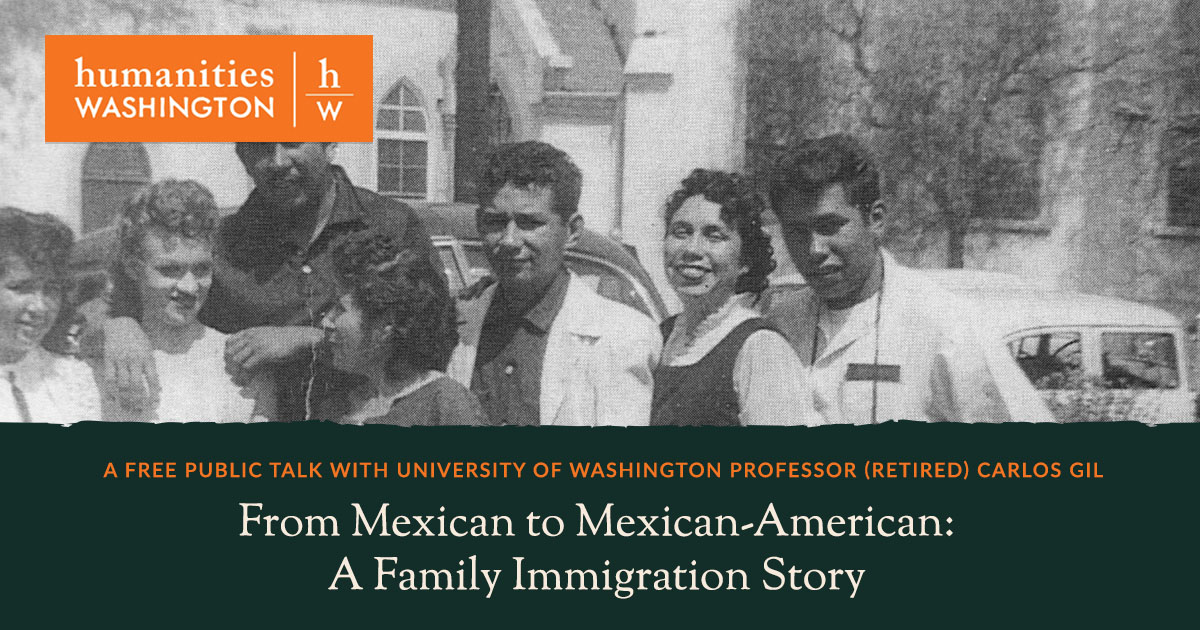 Adult (18 and older)
Registration for this event is no longer open.
Allowed Ages: Over 18 and up

As immigration becomes more hotly debated in the United States, the arguments have become cartoonish, with one side often painted as naïve and another as xenophobic. What has become lost is the human story of immigration to America, with all its complexity, heartache, and hope.

Professor Carlos Gil sought to understand immigration by tracing his family’s history from the 1920s to the 1970s. In the process, he discovered the excitement, culture shock, inter-family conflict, and questions of identity that many immigrants face when seeking a better life in another country. Based on his book, “We Became Mexican-American: How Our Immigrant Family Survived to Pursue the American Dream,” this talk explores Mexican immigration by spotlighting his own family’s experience in southern California, including parallels with Washington State.